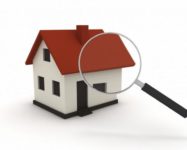 Q.3. Our Co-operative year ends on 30th June. What are the Statutory Obligations that have to be complied by the society at the close of the Co-operative year ?
Ans 3. Apart from the day to day working of the society the office bearers have to approve the statement of Accounts for the Co-operative year July to June. The date of the Annual General Body Meeting should also be fixed in the Managing Committee Meeting. The office bearers must also prepare the Annual Report of the society and must also prepare the agenda for the Annual General Body Meeting.
The Below mentioned functions will have to be carried out by Co-operative Societies at the close of the Co-operative year.
Close accounts as on 30th June.
Prepare receipts and payments statement and profit and loss account for the proceeding co-operative year and balance sheet as at 30th June before August 14.
Submit copies of statements of accounts to the Dy./Asstt..Registrar and the auditor of the society by August 31.
If the above time for finalization of accounts before August 15, with a copy of the managing committee’s resolution justifying extension of time, to the Dy/Asstt. Registrar of the Ward wherein your society is situated.
Hold Annual General Body Meeting of the society on or before November 14.
IF holding of the Annual General Meeting within the stipulated period is not possible, apply for extension of time to the Dy./Asstt. Registrar of the Ward before November 14th along with a copy of the managing committee resolutions, explaining reasons for not being able to hold the meeting in time. The maximum extension of time that can be granted by the Dy./Asstt. Registrar, is upto 14th February next.
Society has no authority to convene Annual General Meeting after November 14, if no extension is soughtfor, but not granted or meeting is not held within the extended time.
Each member should have notice of the meeting of such period as is mentioned in the bye-law No. 166/169. A copy thereof should be sent to the Dy/Asstt. Registrar, of the Ward. Notice and agenda should be accompanied by statement of accounts and committees report . The notice with its accompaniments must be exhibited on the notice board.
Start business of the meeting if there is no quorum and you follow procedure as laid down in bye-law No.39.
Do not postpone Annual General Meeting for want of statutory audit. Place before Annual General Body Meeting statements of accounts as finalised by the Managing committee. The Annual General Meeting could accept them subject to audit. A) The bye-law Nos. 100 and 166 are for flat-owners societies. B) The bye-laws No.s102 and 169 are of open plot type societies.

Q.4. What are the rights and liabilities of members of a Co-operative Society ? Can defaulters vote at the General Body meeting ?
As 4. The Right and Liabilities of members of Co-operative Society are briefly summarised as under. A) Right of Members. (i) To sell his shares. (ii) TO exchange his flat. (iii) To get certified true copies of certain documents including the bye-laws of the society (section 32) (iv) to sub-let his flat with the permission of the Society (Bye-law No.45 (1). (v) To receive notice of AGM/SGM (vi) To participate, discuss and vote at the AGM/SGM (vii) To contest the elections and to vote at the elections. (viii) To file a nomination with the society (ix) To request the society to have an associate members name added along with his name. (x) To draw the attention of the Committee on various matters affecting the interest of the members. (xi) To apply to the society for loan. (xii) To instruct the office bearers to call a Special General Body Meeting if the requisite number of signatories sign the application (xiii) To draw the attention of the Dy./Asstt.Registrar for various acts of the Society pertaining to irregularities and/or omissions.
Liabilities of Members (i) He has to abide by the provisions of the M.C.S. Act 1960, M.C.S. Rules 1961 and bye laws of the society (ii) To pay the legitimate dues of the Society irrespective of his grievances/dispute with the society (iii) To present any record which is required for audit purpose as per section 81 & 83 of the M./C.S. Act 1960.
I would like to add that the defaulting members can definitely vote and participate at the General Body Meeting. They are however not allowed to contest the elections.

More than 67,000 Real Estate Projects registered in 30 States/UTs under RERA

Refund with Interest and not Stamp Duty: MAHA RERA

Society Formation and charges till OC to be paid by the Promoter: MAHA RERA